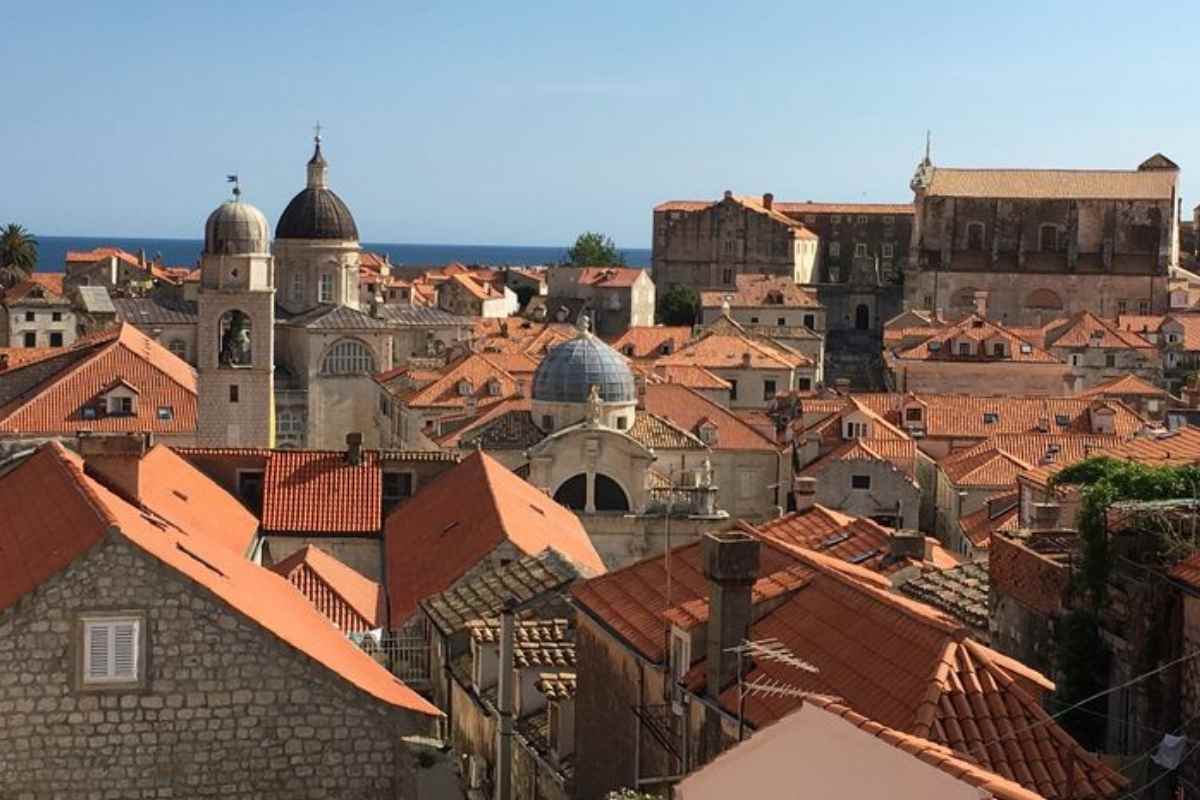 Dubrovnik is a tourist’s dream and what a perfect weekend it can be – the weather is usually sunny, the food incredible and the hotel a dream. I’ve think these top Dubrovnik tips will let you see the wonder of the walled city, even if you just have a short stay in Dubrovnik planned.

Of course, the town is undeniably one of the most atmospheric in Europe. As you walk through the gates of the walled, terra-cotta city, you can’t escape the feeling of being whisked back in time.

Its 15thC self has been perfectly preserved and its position, smack down on the Adriatic, has been making it a tourist sight for the past 600 years.

Although, now it feels as if the Game of Thrones has claimed its hold on the city, Dubrovnik was owned for a short time by the Venetians (yay!) and then became its own republic of Ragusa, ally of Ancona and rival to the Venetians. Remnants of Italian influence can been seen in everything – the architecture, the food, the color of the city itself.

Like Venice, you need to escape the marauding crowds and explore the tiny streets to discover the perfect Dubrovnik tips for shops, bars, and sights you can’t find them anywhere but this city itself.

My first of many Dubrovnik tips is the only hotel to stay in Dubrovnik. Perched on the hill, a short boat ride away from the town, you are near enough to make you feel like you are on a city break, but also far enough away to on a lounger with a cocktail in hand and imagine you are on a beach resort. Eat pasta at every meal – as they have mastered it as much as the Italians! We really didn’t feel the need to go into town to eat at all. When we did, we longed to get back to the hotel to try another of their, you guessed it, pasta dishes. Still, if you want to venture into town, the Riva is downstairs waiting for you.

Up a small staircase and almost hidden from view, was my favourite store in Dubrovnik. Both a boutique and workshop, Clara Stones exults the product that once made the city great: Coral, aka the red gold of the Atlantic. The craft making and designing coral was lost to bigger, cheaper cities, but it’s now being revived at Coral Stones. If you have the time, watch as they make pieces in front of you. Not only is it mesmerizing, but also will make you long to purchase everything in the store.

Another store caught my eye when shopping – Duchkas may seem like a store dedicated to tourist tat and it is, but everything is made and designed in Croatia! Tesla T-Shirts, fridge magnets, and my purchase for everyone at home, the adorable Rozeta bracelets, purporting to let the light in and bring you good luck!

Serving customers since 1317 and operating as a working pharmacy to this day, the pharmacy is on everyone’s list. Walk right past the hoards trying to get in and head straight for the Franciscan Monastery that hides beyond the crowds. Sit and mediate in the courtyard and think back to the savvy friars who decided to set up shop in town. It is pretty incredible to think that they have been selling lip balm for around 700 years!

Definitely leave enough time to take a turn around the walls that have made Dubrovnik famous. It will take about 45 minutes, but it is well worth it. On a pretty day, the views are magnificent. You can stop half way and have a coffee at the top.

From atop the wall, you can see it, and then it’s up to you to find it, the famous Cafe Buza. The entrance is literally a hole in the wall, but once you emerge out onto the rocks, you know you are someplace special. The Med is lapping at your feet and someone is serving you a drink. It is not about the quality of the cocktail here, so choose simply, but the fact that you are clinging to the wall of a city that has been here a long, long, long time.

If you have time, grab a boat to the island of Lokrum for lunch. It’s only about 15 minutes from the port. Eat at the lovely garden restaurant and have a view of the Med and the city. You’ll just back in time for a swim and a drink at the Villa Dubrovnik if you time it right!

Where to Stay in Dubrovnik

It’s super easy to get to Dubrovnik via air or boat.  Almost every cruise-liner stops there and the airport is about 15 minutes outside of the town.

As I write, I personally love the Villa Dubrovnik, full of charm and character, as well as being super luxurious. There are a few other  luxury hotels in Dubrovnik as well.

Read reviews of other Dubrovnik hotels on Tripadvisor, then book a stay on Booking.com