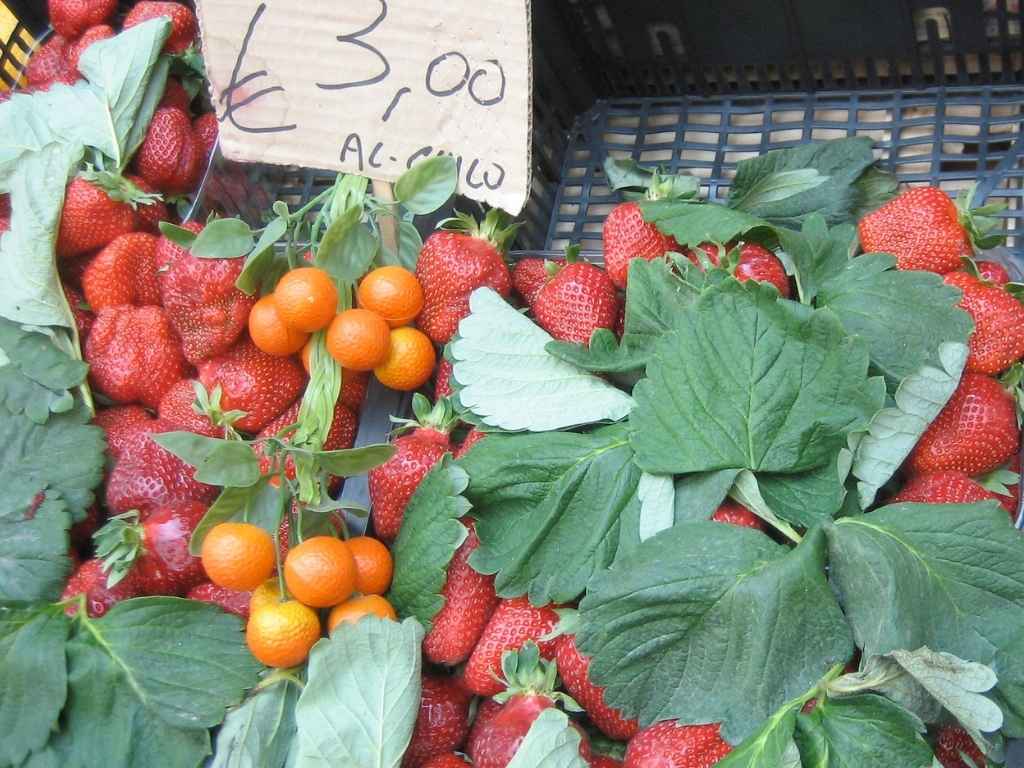 My oh my…when you land in Naples at night, you are taken for a ride (literally) by the taxi driver, almost left at a spot that is not your hotel, miss your dinner reservation, ask the hotel to recommend something sure they are going to send you somewhere dodgy, make your way there through the dark medieval streets making you feel you are going to be the next tourists that get shot there….then you sit down and they bring you a plate of Melanzana Parmigiana which is the most glorious thing you have ever put in your mouth…and then miraculously Naples becomes your favorite city in Italy.

Naples is medieval, baroque and modern Italy all wrapped into one…we found the best way to see the best bits of the city was a walking tour because there is so much to see and a pretty logical way to see it.  It is inspired from the Food Maven – Arthur Schwartz (no relation except for his love of eating!) but we added our own variations and at the bottom are the exact places we ate and slept:

We started at around 10:30am from the hotel COSTANTINOPOLI 104, Via S. Maria Costanapoli 104,  crossing the street onto Via della Sapienza. As you follow this street along it becomes Via Pisanelli where you find the most beautiful Baroque church and convent in Naples – don’t have the name of it. Make your way out of the church to Via Duomo and turn right until you get to the Duomo.

Check out the Duomo – amazing and inside it is another church – one of the oldest in Naples with amazing mosaics. You have to pay €1.50 but it is well worth it.

One long block down from the Duomo is Via dei Tribunali.  Make a left on Tribunali and walk about one block to Pio Monte della Misericordia, You can’t miss it as there are red flags pointing you into the courtyard. In the chapel, there is a major Caravaggio – the Seven Acts of Mercy. AMAZING and you don’t need to pay to see it.

After Pio Monte della Misericordia, walk back to Via Duomo, cross to the other side of the street and continue down Via Tribunali. You are now in Spaccanapoli, the oldest quarter of the city, with a street grid organized by the Greeks in something like the early 5th century BCE. (The Cypriot is very smug about this.)

Next, walk down Via Tribunali to Via San Gregorio Armeno, and turn left. This is a street lined with workshops that make, and stores that sell the figures that are used for Christmas nativity scenes.  REALLY KITSCHY AS YOU CAN SEE but fun.

At the end of Via San Gregorio Armeno, you will find the other main artery of Spaccanapoli, San Biagio dei Librai, which runs parallel to Via Tribunali.   Make a right on San Biagio to Via Nilo. At Via Nilo make a right, then a left on a small street called Via Sangro to the Capella Sansevero (there should be a sign on the street), what used to be the private chapel of a totally weird, rich, 18th century Neapolitan noble. It is totally over-the-top with amazing Baroque marble sculptures, including the famous “veiled Christ.” For the really weird stuff, evidence of his Frankensteinish experiments, go to the basement.

After the Capello Sansevero, make a right out of the chapel door, then a left on Vico San Domenico Maggiore. You will end up in the Piazza San Domenico Maggiore. Most importantly, here is, Scaturchio, the pastry shop and café-bar that reputedly has the best sfogliatella in Naples, a city where the pastry was invented. It was my grandmother’s favorite pastry and here it is one of the most delicious things I have ever eaten – flaky with rich ricotta inside.

We had lunch here at PIZZERIA VESI.

After Piazza San Domenico Maggiore, continue on Via San Biagio dei Librai, which has now changed its name to Via Benedetto Croce. At Via Santa Chiara, make a left and walk down about a half a block to the entrance (through a wall, into a courtyard) to the cathedral and cloister of Santa Chiara.

Stop at Gay Odin chocolate and gelato shop.  Only have the chocolate gelato as it is super, the other flavors just ok.  Some of the chocolates are in the shape of Mt. Vesuvius, cheesy but fun (is this becoming a thing.)

The Cloister of Santa Chiara has benches and columns made of majolica.  It is gorgeous place to sit an enjoy your ice cream. Around the cloister, on the walls of the building, are frescos depicting scenes from the lives of the saints.  The side room is not to be missed even if you don’t like Nativity Scenes.

Walk back up to Via Benedetto Croce (the corner with Gay Odin) and continue on to the next piazza, Piazza del Gesù Nuovo and then down Via Toledo toward the water.

We ended up at the Caffè al Barcadero (Banchina S. Lucia, 2), a tiny bar where we drank a few bottles of wine – only to find out later that it was a NY Times recommendation.

The next day we went to Pompeii and Herculaneum – which are incredible bits!

We started our tour and right outside the door and crossed the street to Via della Sapienza. As you follow this street along it becomes Via Pisanelli where you find the most beautiful Baroque church and monastery I saw the whole time: forgot to get the name of it but it is also a convent. Make your way out of the church to Via Duomo and turn right until you get to the Duomo to start the tour.

LEON D’ORO
Piazza Dante, 4B Telephone 081-5499404
The restaurant the hotel recommended and we can second that.   A local place full of Neapolitans as well as tourist.  Have the antipasto and remember that Pasta Alla Genvoese in Naples means meat and onions not pesto!

LA TAVERNA DEL BUONGUSTAIO
Via Basilio Puoti, 8:  Tele: +39-081-551-2626
A fab lunch place…there is no menu and it is ALL Neapolitans.  We asked some ladies of a certain age who were tucking into a huge pizza where to go for lunch the next day and they suggested this place.  A real find!

RISTORANTE CIRO A MERGELLINA
Via Mergellina, 21 Tele: +39-081 6811780
www.ciroamergellina.it
If you are here for a weekend, you must eat here….the food, the ambience, the waiters…straight out of the 1950’s.  Ciro was married to an American and lived in San Francisco for 12 years so let him speak English to you.  This was recommended by a local and we loved it!

LA MARCHAND D’ODEURS
Piazza San Domenico Maggiore n’9; Tele: +39-081 580 22 79
Tucked into a corner of the Piazza – this delightful perfumeria has all the newest scents.  Didn’t buy anything but loved it.

Five Things to do in Luang Prabang
Firenze shopping, plus a little eating and sightseeing