Best Bits of County Down, Ireland 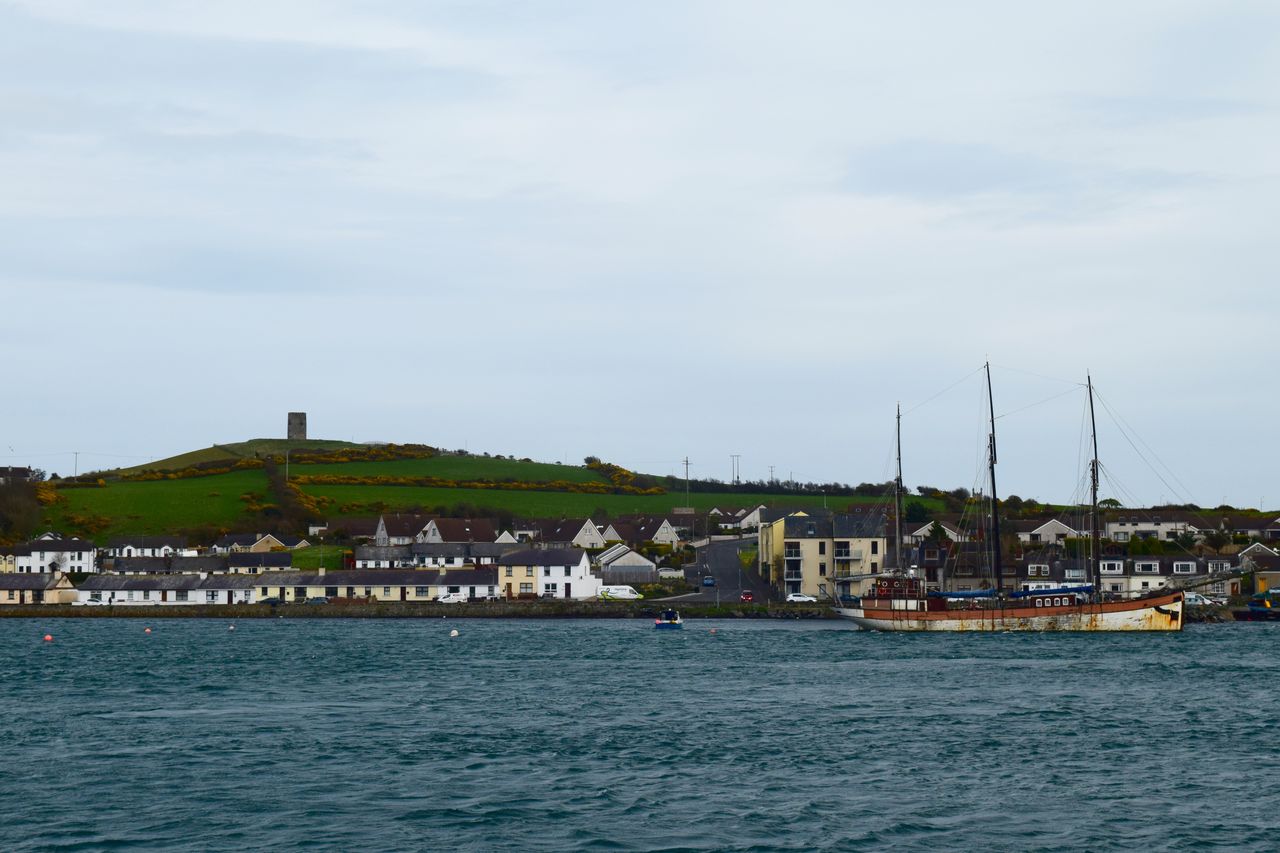 Having touched down at Belfast Airport at 8am that morning, we hardly took any time to drop our bags off at the Culloden Estate, our home for the next two nights, before heading out to explore County Down, Northern Ireland.

Most people know County Down for its most famous golf course, the Royal County Down, voted number one layout in the world by Golf Digest. There is so much more to see, so leave the clubs at home, and take time to explore our Best Bits.

Driving along the gorgeous Strangford Lough, only 25 minutes from the Culloden and central Belfast, you find yourself at one the prettiest houses in Northern Ireland – Mount Stewart, former home to the Marquesses of Londonderry.

The gardens were the pride of Edith, the Marchioness, and they remain just the way she designed them in the 1920’s. As we were visiting, they were just starting to bloom, but still even at the end of March, they were gorgeous.

Lady Edith wasn’t just interested in creating only formal gardens, although the sunken garden is divine, she laid out an Italianate garden, created floral terraces and increased the size of the lake.

Inside the house, it feels as if the Londonderry family has just gone out for a stroll. Having opened after a three-year facelift, everything gleams. The magnificent double height entrance hall invites you in to discover the rest of the goodies inside.

From the grand doors of the hall, you wind your way around the rest of the house. A portrait of our hostess, Lady Edith, in her WWI role as Colonel-in-Chief of the Women’s Volunteer Reserve, sits outside the dining room. During the war, she opened Mount Stewart as an Officers’ Hospital. She also had time to make potpourri-filled baskets to sell to her wealthy lady friends at exorbitant prices to aid the war effort.

My favorite bit of the house had to be the faux bookshelf shutters in the Library.  Look closely and you find that, when shut, the Library appears to have twice as many books.

A highlight of the house has to be the largest Stubbs painting on canvas, although this painting has a bit of a turbulent history. Hambletonian, the subject of the painting only lost one race in his entire career. His owner, Sir Henry Vane-Tempest commissioned Stubbs to do the portrait, but upon delivery hated it so much that he refused to pay for it, leading Stubbs to sue him. Finally they settled, and the painting hangs at Mount Stewart when his daughter became the wife of the 3rd Marquess.

It’s a short ride from the 1920’s to the 1190’s. In about 5 minutes by car, you are at Grey Abbey, the remains of a Cistercian church and one of the best examples of Anglo-Norman architecture in Northern Ireland. It was quite spooky walking around the ruins as we were alone and the wind picked up while we moved around the ruins. It seemed like good time to get in our car and continue on.

The Ferry from Portaferry to Strangford, County Down

In the little town adjacent to the church, make sure to stop and explore some of the more than 10 antique stores. The Cypriot is sure he found the “lost” Ole Schwalbe, the 1950’s Danish painter. All this shopping made us a bit peckish and we headed down to Portaferry – to be ported by ferry – to Strangford where our lunch was waiting.

Luxury can be defined in so many ways. The Cuan Inn’s fish chowder, made with just caught fish from the harbour next door, is as luxurious as it gets. Served with heaps of brown soda bread and local fish cakes, it took the chill off our bones as winter was coming…

For those who don’t watch Game of Thrones, this not-as-big-as-it-looks-on-TV farmhouse is where it all began. Just watch the first episode and you will find yourself at Winterfell, home to the Stark family, or as they call it in real life, Castle Ward, where it was all filmed.

Castle Ward itself is much more interesting. These pictures above are not of two buildings but the same, revealing the differing tastes of the 18thC Lord Bangor and his wife. He preferred the Georgian style and she the Gothic – so they compromised and got one side each.

The sunken garden is a treasure that we almost missed. It is walled and off to the centre and one of the most charming sites we had seen all day. The afternoon sun was shining on us and we were able to sit and enjoy it as the sun went down – but there was one important stop to make before we went back to the Culloden.

Our last adventure of the day was to Downpatrick, the burial place of the most famous Irishman of them all, St. Patrick. Buried in a humble spot next to the Down Cathedral, St. Patrick was remembered, on that day before Easter, with beautiful spring flowers laid down on the stone that marked his grave. A lovely spot to take a moment of reflection after a long day, before we headed back to Belfast.

NB: I was the guest of the Culloden Estate and Spa and Ireland.com. I can’t thank them enough for inviting me.

Everything I write is always my own opinion!

5 thoughts on “Best Bits of County Down, Ireland”